This video will take a close look at three-phase power and explain how it works. Three-phase power can be defined as the common method of alternating current power generation, transmission, and distribution. It is a type of polyphase system, and is the most common method used by electric grids worldwide to transfer power.

Transcript:
Welcome to this animated video that will quickly explain 3 phase power. I’ll also explain the mystery behind why the 3 power lines are 120 degrees apart because that’s a crucial piece to understanding 3 phase power.

Let’s look at a simplified example of how 3 phase power is generated.

This example is different from what I would use to describe how a three phase motor uses power. In the alternating current video, we showed how spinning a magnet past one wire caused the current to flow back and forth. Now we’re going to spin a magnet past 3 wires and see the effect that has on the current in each wire.

In this three phase example, the north positive end of the magnet is pointing straight up at line one.

To help explain the concept easier, let's use a clock face and say that line one is at the twelve o'clock position. The electrons in line 1 are going to be flowing towards the north pole of the magnet. What happens when the magnet now swings 90 degrees?

Hopefully this example shows you how at any time current is always flowing in at least 2 lines. It also shows the relationship between the 3 lines as the magnet spins in a circle. As the magnet goes around the clock face, each of the 3 lines will be affected by either the north or south poles, except when the magnet is perpendicular to a line.

Now let’s explain those confusing waveforms that are frequently used to depict 3 phase. If you look at the wave form example you can see the first line in blue, and it starts at zero. Which means the magnet is perpendicular to that line. As the magnet moves, you can see the current go to its peak. Then as the positive pole spins past that wire, the current starts to weaken until the magnet is perpendicular again which results in zero current. As the negative pole starts to come closer, the current reverses and moves in the other direction towards another peak before returning to zero current. This completes 1 full cycle for that line.

In order for the 2 dimensional chart to show the relationship between the lines, it now shows a gap that signifies the length of time it takes the magnet to spin 120 degrees. This is when the red line is at zero current. As the magnet keeps spinning, the red line will move towards its peak positive current, then come back to zero after which the current will change direction. The chart also shows that the third line will start at zero current 120 degrees after the 2nd line. So if you look at these 3 lines, you can see that when one line is at its peak the other 2 lines are still generating current, but they’re not at full strength, meaning they’re not at peak. So as the electrons flow from a positive to a negative peak, the current is displayed as flowing from positive to negative values. Remember that positives and negatives don't cancel each other out. The positive and negative connotation is only used to describe how current alternates. 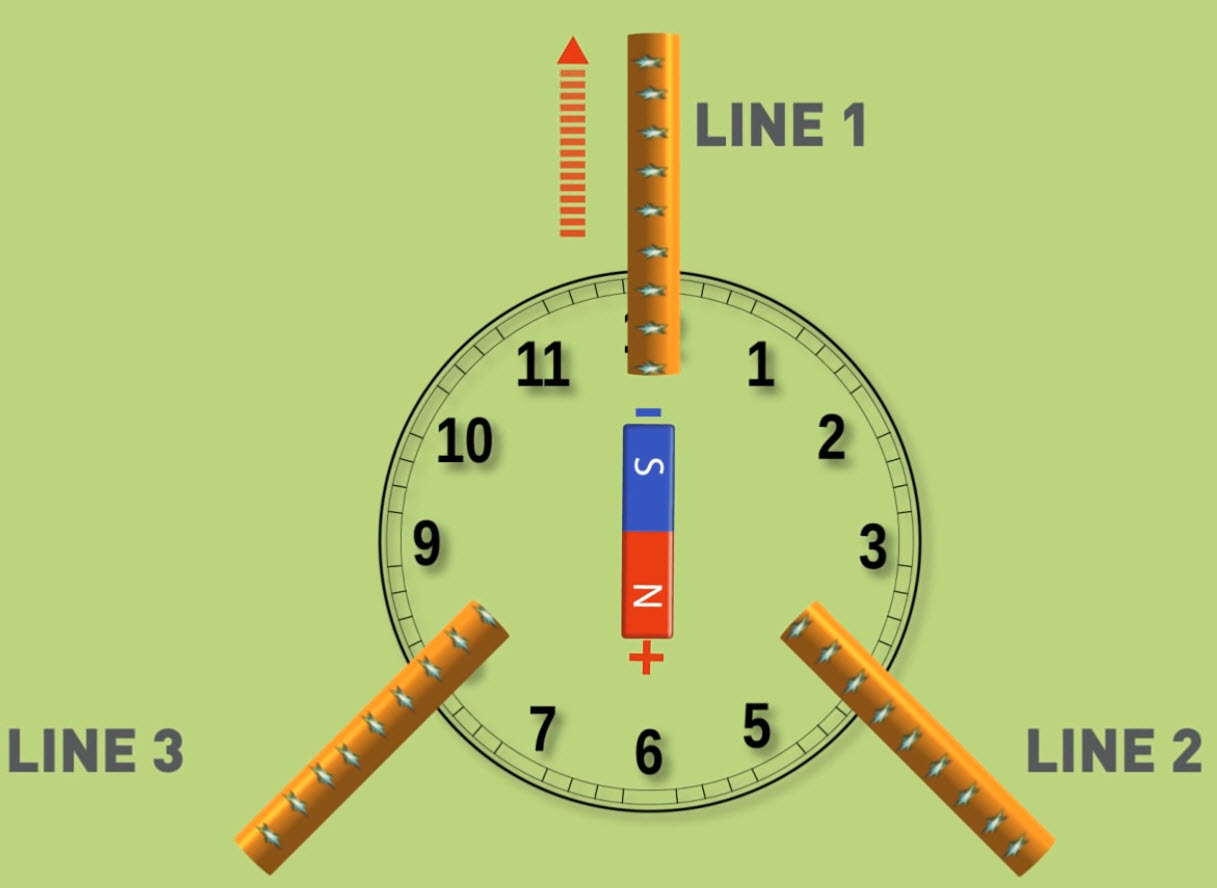 So if you’re wondering why you have 110/120 volts at home for your regular outlets, but you've also have 220/240 volt appliances, what gives? Well, that's not 3 phase power. It's actually 2 single phase lines.

So how do you calculate the power of combining 2 lines in a 3 phase circuit? The formula is volts times the square root of 3, which happens to be rounded off to 1.732. For 2 lines each carrying 120 volts, the calculation for this is 120 volts times 1.732, and the result is rounded up to 208 volts.

Last topic I'll talk about in this video is: why do companies and data centers use 3 phase?

In comparison, for a single phase 30 amp circuit carrying 208 volts, you will only get 6.2 kVA. Basically, 3 phase delivers more power.

There are other factors why it’s far better to run 3 phase power to the data center rack rather than using single phase power, and those factors are discussed in the volts versus amps video and also in the 208 versus 400 volts video.

Check out the latest news and product information.