The Internet of Things Will Make a DCIM Solution a Necessity 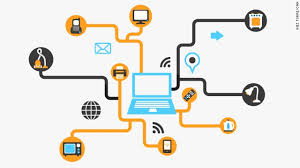 By now you’re no doubt aware of the hype surrounding the Internet of Things (IoT) following this year’s Consumer Electronics Show in Las Vegas. Cisco’s CEO has estimated that its cumulative economic impact will be in the neighborhood of $19 trillion by the year 2020 (Yes, that is a 19 followed by a dozen zeroes). And as far as the cultural impact, predictions have it falling nothing short of turning what is currently considered science fiction into everyday reality. But what is IoT exactly, and how will it come to affect the data center over the next decade?

Fundamentally, IoT describes the use of sensors in everyday objects like toothbrushes, crockpots, thermostats, tennis rackets, automobiles – quite possibly, literally, everything – to collect and send data wirelessly to a database or warehouse where it will be amassed and digested in unprecedented amounts and rates in order to enhance and automate everyday events. But while most individuals will focus on this new breed of smart objects, the crux of this interconnected network of objects will, in actuality, be the data center.

If you aren’t convinced, take a moment to contemplate the number of devices that are currently accessing critical services that are hosted through your data center. Now consider that by the end of this calendar year, there will be a total 25 billion devices connected to the whole of the internet. By 2020, that number is expected to double to 50 billion. And so it should be evident that the size, complexity, and resource demands of the data center will expand beyond anything seen in modern history.

Of course it would be easy, if not tempting, to fall into a cycle of over-provisioning to ensure high availability for these new services. But the reality is that over-provisioning would quickly become unsustainable and costly given the rate of growth that is anticipated. Instead, a properly implemented DCIM solution would ensure that: 1) Energy for IT devices and facility cooling is used efficiently; 2) Assets, capacity and change are managed in an automated fashion, and; 3) That costly downtime is reduced or eliminated allowing providers to meet SLAs.

In fact, it may stand to reason that a DCIM solution will for many data centers, be the missing link that makes the IoT sustainable by providing a cost effective and scalable way to support its massive infrastructure. And oddly enough, DCIM itself will serve as a sort of meta-IoT via its ability to collect data from multiple sensors and devices, and create value through efficiency and automation of data center operations. So while the Internet of Things may very well be the industry of tomorrow, its infrastructure is liable to depend on DCIM in order to move from today’s hype to tomorrow’s reality.