Hyperscale Data Centers - What Are They and Why Should You Care 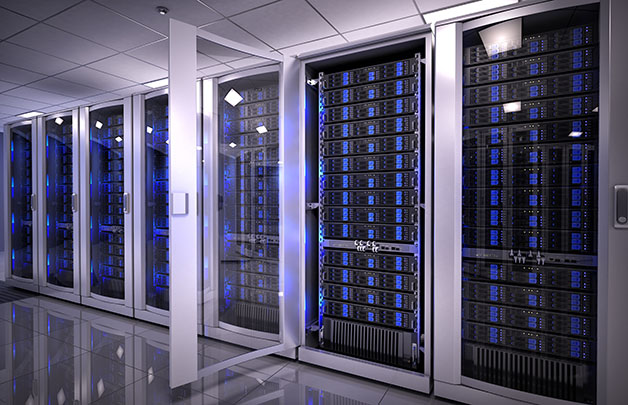 The advent of the cloud has changed the way data centers operate. At one time, they consisted of a more simplistic networking infrastructure, one that relied on separate racks, targeted staff, and distinct management tools to get the job done. It was a setup that worked at the time because the applications, themselves, were separate and used only local resources to run.

Today, businesses are largely Internet-dependent and that changes how things work and operate. Data centers utilize applications that work together via the web and cloud services. That shift has given birth to the hyperscale data center.

What is a Hyperscale Data Center?

Hyperscale computing refers to an architecture that expands and contracts based on the current needs of the business. That scalability is seamless and involves a robust system with flexible memory, networking, and storage capabilities.

The hyperscale data center is built around three key concepts:

Unlike old-school data center architecture, the hyperscale model works with hundreds of thousands of individual servers that are made to operate together via a high-speed network. The form factors, by design, work to maximize performance.

Scalability is a major feature of these new age data centers and it works in two ways. Horizontal scaling, known as scaling out, means increasing the machines working in the network. Vertical scaling, or scaling up, adds additional power to the machines already in service.

The result is a data center able to meet expectations at many levels, improving uptime and load times for end-users. Workloads that fit into this scenario are both high-volume and require substantial power to run high-caliber tasks such as 3D rendering, cryptography, and genome processing along with other scientific computing work.

The hyperscale model provides a new server design, too, one that is built to fit the needs of each data center including providing wider racks to accommodate more components. The servers are constructed using basic elements, but easily changeable for a more customized fit. For example, one server might have multiple power suppliers and many hard drives.

Cloud-based companies, such as Google and Facebook, build supercomputers to accommodate their hyperscale needs based on this formula. Many run on Linux and use components from multiple suppliers along with cutting-edge resources, such as New Photonic Connectors and embedded optical modules.

Hyperscale is a big concept, too big for most minds to envision. Imagine hundreds of thousands of servers working together in a hyperscale computing model. It’s how major hitters like Amazon, PayPal, and eBay make it work. That futuristic vision is what gives these giants the power they need to succeed.

Today, hyperscale data centers are leveraging better, more succinct resources and scalability to meet the needs of the market. These low-density and high-quality models make sense for large companies that rely heavily on huge business applications and cloud services. To learn more about the new types of data centers read this white paper "Datacenters of the Future: A Shifting Landscape from the Core to the Edge".