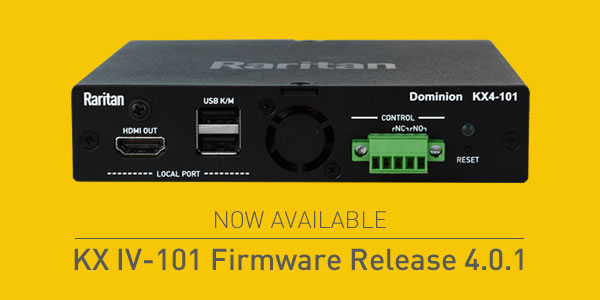 When we talk about the Dominion KX IV-101 as Raritan’s fastest KVM-over-IP switch, we are usually focused on its ability to support 4K or 1080p video at 60 frames per second.  As impressive as that is, video isn’t the only area where the KX IV-101 shines!

Due to its all-digital architecture and its direct USB connection to the target computer, the KX4-101 supports virtual media much faster than our current generation Dominion KX III switches.

Virtual media is a powerful, productivity-enhancing feature that enables a user to mount media such as USB drives, DVDs, ISO images on a remote computer and transfer files, install software, and even boot a new operating system.

Changes from the conditions above may result in variations in virtual media speed.  For example, we have seen that turning on encryption, while more secure, will result in slower virtual media speeds due to the additional processing required on both ends of the TCP/IP-based KVM-over-IP connection.  In addition, a slow PC or laptop will reduce the virtual media speed.  Speed was best using the VKC (Java) and AKC (Microsoft .NET) KVM Clients, as well as with the new KX IV User Station. We have seen some variation with various USB drives; in general, a modern USB drive will perform best.  Your network connection could also influence the speed.