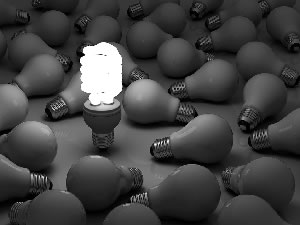 Imagine being able to save your company millions of dollars per year by investing in a low-cost, easy-to-install solution that’s simple to adopt and fits right into your existing infrastructure. If it sounds dumb, or perhaps too good to be true, take note—Cisco has just done it.

The networking equipment giant has announced that it is nearing the completion of its comprehensive lab energy management program aimed at reducing energy consumption costs and at over 1,600 of its labs worldwide.

While only occupying 10% of its real-estate, Cisco’s labs, which are used as dynamic data centers accounted for 60% of the company’s total energy consumption costs.  That works out to an $80M per year energy bill, and is also huge source of greenhouse gas emissions.

So back in 2011, Cisco began a concerted effort to lower its labs’ 900 MWh yearly energy expenditures by implementing a three pronged approach that brought together technology, infrastructure, and people to tackle the issue.  The result?

Cisco says the program will save them $9M in electricity costs per year.  As it turns out, modest investments in infrastructure allowed for more efficient cooling, as did broad support from its 40,000 lab employees in implementing operational changes that reduced expenditures.

But the biggest cost savings were attained by deploying smart PDUs. In fact, over 95% of Cisco’s energy cost savings, or $8.6M, were a direct result of deploying some 11,000 smart PDUs to racks across its 1,600 labs.  And they aren’t called smart PDUs for nothing.

The end result is that iPDUs allow data center managers to make informed decisions when it comes to using energy more efficiently and lower energy expenditures. Intelligent rack PDUs can also be employed with environmental monitoring to further increase savings.

Smart PDUs - there’s not a dumb thing about them.