Train delays and traffic jams may be a part of everyday life. But in Gerrit Braun’s world, such incidents rarely occur — which is pretty amazing given that Braun manages more than 800 trains and other modes of transportation in multiple countries on several continents.

Even if the trains are miniature models, the residents are tiny plastic figures and a full day is represented by a 15-minute cycle, running the world’s largest model railway is no small task. In fact, it takes a team of IT administrators and more than 40 computers and other IT equipment to keep the trains on track at Miniatur Wunderland, one of Germany’s most popular tourist attractions.

Miniatur Wunderland’s President and CTO Gerrit Braun wanted to create something more stimulating than a model railway behind glass walls. He, along with his twin brother Frederik Braun and Stephan Hertz, set out to build a complete miniature world in which trains represent only one of many highlights and all the exhibits accurately convey the engineering marvels found in the real world. The exhibits, situated by the Elbe River in Hamburg’s popular Speicherstadt, have attracted about five million visitors since it first opened in 2001.

The miniature world’s Southern Germany has the Alps, complete with alpine lifts, picturesque landscapes and high-speed autobahns, while the Hamburg exhibit includes a busy train hub and various local landmarks. Scandinavia features the Arctic Sea — complete with high and low tides and moving ships — while Switzerland showcases six-meter high Alps, meandering mountain trains and an open-air festival. In the United States exhibit, you can take in the Grand Canyon, Mt. Rushmore, the Rocky Mountains, Cape Canaveral, Miami, the Everglades and Las Vegas (it takes 30,000 LEDs alone to light the Vegas Strip and surroundings at night). Visitors also get a chance to get a peek at Area 51, the super-secretive installation in Nevada where experimental aircraft are said to be developed.

The entire exhibit and all its moving parts are controlled by more than 40 Windows® XP and Linux® computers and servers. The IT administrators, working at a central control console, use Raritan’s Paragon II Cat5 analog KVM solution to access these computers, which are located throughout the exhibit area and at varying distances from the control console. From eight IT administrator user stations all the computers can be accessed quickly and instructions sent to any of the exhibit’s pieces.

Wall-to-Wall Monitors for Close-Up Views of Miniature World, as Well as a Behind-the-Scenes Look at the Operations The exhibit also showcases the IT administration central control console and its myriad functions. Visitors can see, on a large wall, rows and rows of video monitors — one for each computer. The monitor wall also displays pictures transmitted from more than 200 tiny cameras installed in the model trains and on system components, such as signal boxes and bridges. Visitors can see close-ups of exhibit activities, as well as different vantage points.

In addition to the “presentation monitors,” there are monitors for the eight administrator workstations. From these user workstations, which also are equipped with a keyboard and mouse, administrators control the whole model railway enterprise. When an operator accesses a computer, the computer’s video is displayed simultaneously on the user station monitor as well as a monitor on the wall.

Braun chose Raritan’s Paragon solution after consulting with Knurr AG, a Raritan Deutschland GmbH reseller. The decision was based on several selection criteria, including scalability both in the number of computer systems that can be connected and the number of simultaneous users, streamlined cabling with standard Cat5 cable, IP access capability and high video quality.

A Paragon KVM switch — which provides a consolidated view of all connected computers, and non-blocked access for up to 64 users — has been recognized by independent test labs as having the industry’s best KVM video quality over the longest distance.

It can redirect the video from any computer to any user station within a Paragon II system — which is ideal for Network Operations Center displays, video walls and broadcast control rooms. This is particularly important to Miniatur Wunderland, as the monitor wall is a popular feature that enables visitors to experience the exhibit from the same viewpoint as the administrators, who activate and control situations throughout the exhibit, such as drawing up a bridge, landing a helicopter or changing the flow of an ocean’s tide.

“We place a great deal of emphasis on video quality because we want maximum resolution on the monitor wall and the user station “ said CTO Gerrit Braun. “We also were concerned that some of the exhibit’s moving components, such as the trains, could affect video quality. We required a solution that could transmit video over great distances with maximum resolution. Paragon performs very well, even in situations where there are great distances between the computer and monitor.” 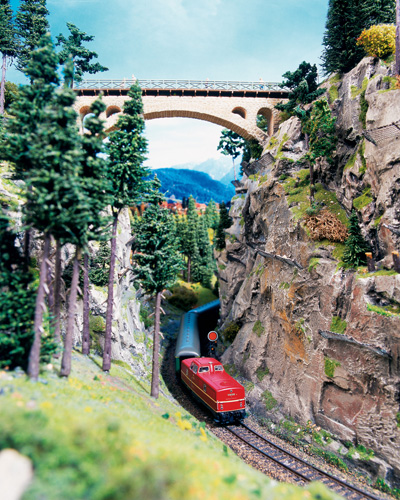 Next Stop: An Airport in the Alps

Scalability was also a major factor, given that the exhibit continually expands and evolves. New sections planned over the next years — including an airport located in the middle of the Alps and exhibits depicting other countries — will require at least 16 additional computers and numerous networking devices.

“Paragon’s analog KVM switches and the IP-based option give us the best possible management solution for our current and future needs — analog for the cabling and video quality and IP capabilities for the remote access,” said Braun. “The digital and analog access capabilities will prove particularly beneficial to us as we carry out the next stage of our construction. The scalability, clear organization and maintenance of the Cat5 cabling are contributing decisively to making the entire installation technically future-proof.”

“The Paragon solution has already paid itself back,” Braun continued, “in helping to increase the efficiency and reliability of the system’s various operating units and providing valuable space savings. It has, for example, already allowed us to save an entire computer cabinet in the control console, as well as additional peripherals.”

Miniatur Wunderland’s IT Project Manager Dag Adomeit echoes Braun’s sentiments. “The Paragon system has expanded our possibilities to the degree that, after less than a year, I can no longer imagine having to work without it.”

Some impressions of Miniatur Wunderlands 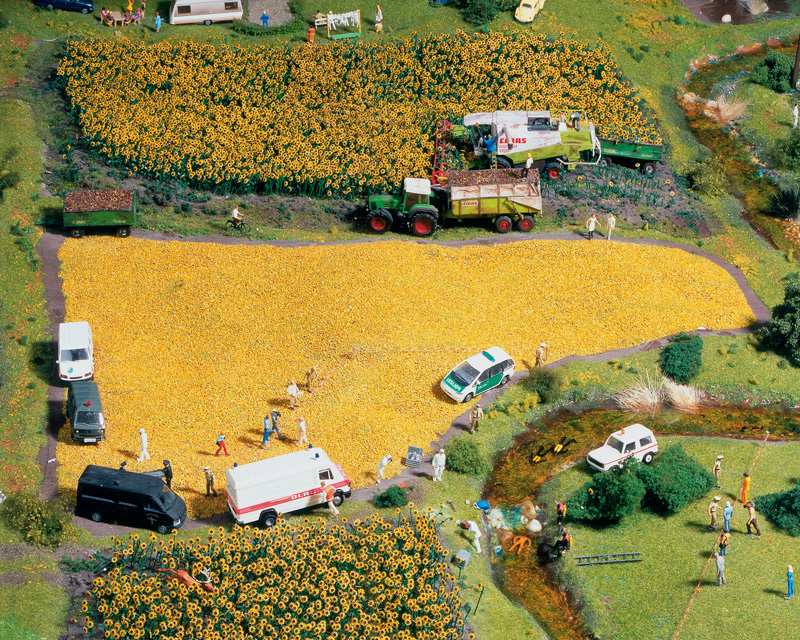 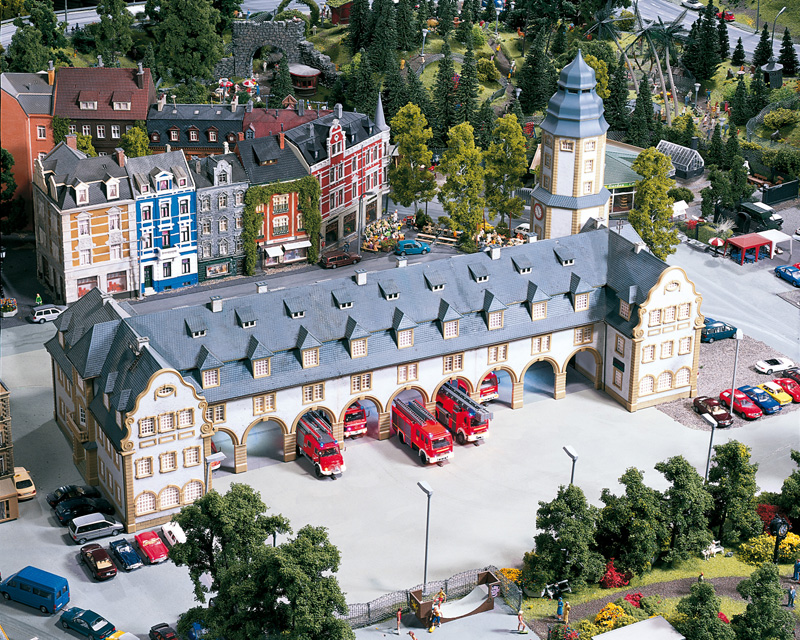 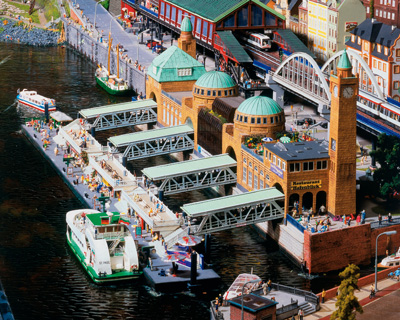 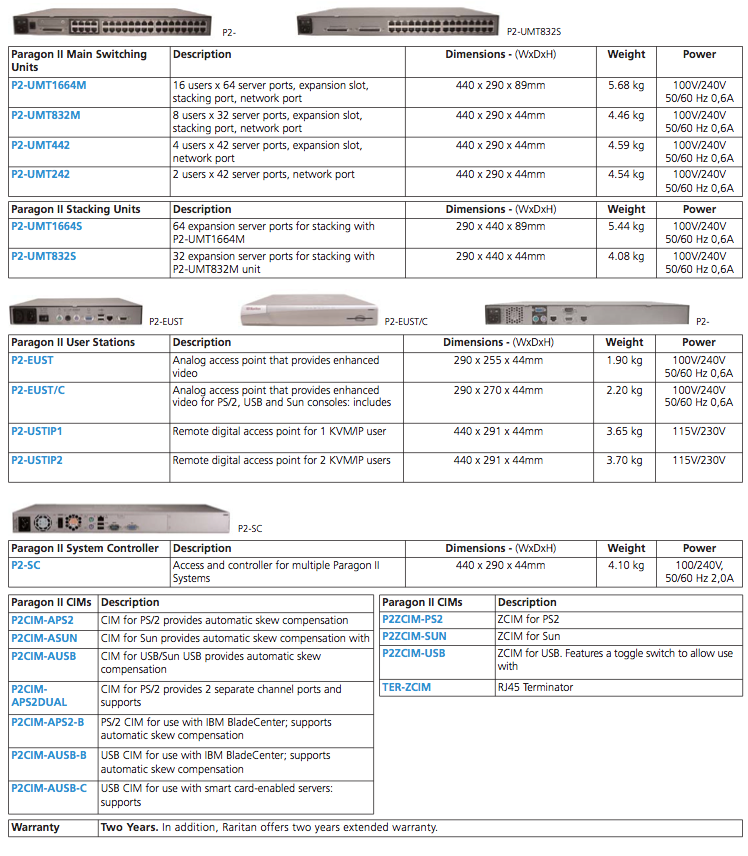 Miniatur Wunderland, one of Germany’s most popular tourist attractions, features the world’s largest model railway exhibit and other miniature attractions.

The operations team was looking for a better way to access and control the more than 40 computers that run the exhibits. Although miniature in scale, the challenge was large. The exhibits require daily management and synchronization of 800 trains, 900 signals, 2,200 track switches, 300,000 lights and thousands of other miniature pieces.

The team also wanted a way to share with visitors what was being displayed on the computer monitors, so that they could get a better glimpse of the inner workings of the extensive railway exhibit.

The previous KVM solution had reached its limits due to the rapid growth of Miniatur Wunderland. In order to allow further growth, a solution with better scalability was sought.