How Taboola Overcame PDU Failure in their Data Center

Taboola is the world’s leading recommendation and native advertising platform. The company has data centers around the globe, with several in Israel, where it was founded in 2007.

Taboola had long employed a competitor’s vertically mounted Zero U rack power distribution units (PDUs) that supported loads between 10 to 15 kVA per rack in its data centers. These Zero U rack PDUs consistently caused data cable management and thermal issues, driving Taboola to implement horizontally mounted rack PDUs. However, even after moving to a competitor’s horizontally mounted rack PDU, the Taboola team continued to experience frequent failures of its deployed PDUs. 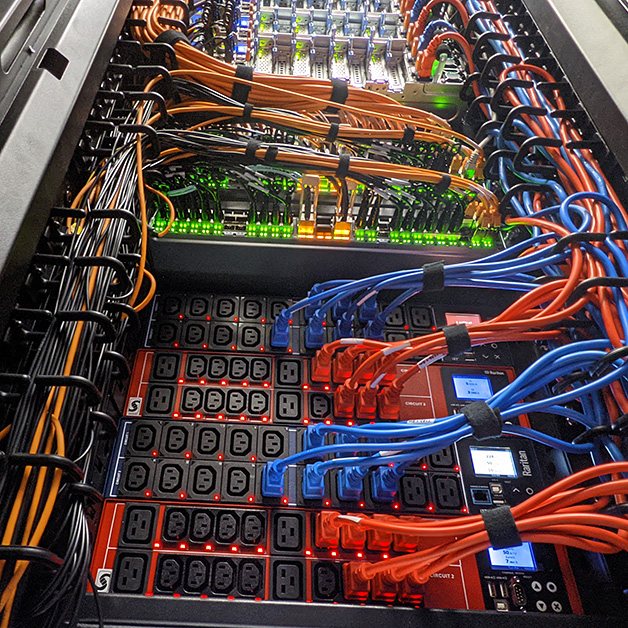 After an audit of its data centers’ power needs, power capacity limits, and thermal and environmental conditions, Taboola’s engineers determined the maximum headroom within their enclosure systems. The Taboola team, realizing that its currently sourced PDUs were not meeting rack demands, decided to replace the existing solution.

Working with Legrand’s power experts to source a more robust solution, Taboola switched to Raritan PX-5000 Series horizontally mounted PDUs to resolve PDU failures and to better promote an unobstructed path at the back of the rack for better airflow and cooling. The Taboola team also liked that Raritan PDUs offered full-colored chassis configurations to help easily identify the A and B power infrastructure ensuring redundancy and simplifying future troubleshooting. By deploying Raritan PX-5000 PDUs, Taboola not only eliminated the recurring problem of PDU failures and the inherent safety issues they caused but also improved its overall monitoring capabilities. The increased level of intelligence delivered through the Raritan Xerus Technology Platform facilitated Taboola’s ultimate goal of developing its own data management software. The platform’s management and monitoring capabilities also allowed Taboola to define specific thresholds and receive alerts when they were crossed. This proactive approach helped better identify when power or environmental conditions were becoming a threat before critical issues arose.

The Taboola team stated that Raritan PX-5000 Series horizontally mounted PDUs are outstanding in form and function. Additionally, they performed above expectations when Taboola stress-tested them in sub-optimal environmental conditions in the field. With accessible interoperability, monitoring features that help identify problems in advance, and physical design elements that adapt to the harshest conditions, the 5000 Series has effectively protected Taboola’s critical loads under all situations.

Taboola is the world’s leading recommendation and native advertising platform. The company has data centers around the globe, with several in Israel, where it was founded in 2007.