AOL has high marks in corporate sustainability. To keep its utility costs and carbon footprint low, the iconic global web services company employs a number of energy-saving and conservation initiatives. It has created innovative green buildings, implemented a teleworking program for its employees, and put into action a number of conservation measures ranging from using fluorescent lights to daylight harvesting and building automation systems to automatically turn off lights, heating and cooling in its building. For its efforts, AOL has been recognized with a number of green awards in recent years, including the EPA and Department of Energy “ENERGY STAR® ” Award.

AOL’s IT team needed details on how much power the servers, routers and switches consumed. They wanted easily accessible information on energy consumption at each and every power outlet throughout their data centers, so that they could gather an accurate picture on energy usage in order to take steps to improve energy efficiency.

AOL has worked with Raritan since 2009 on a number of projects, including outfitting data centers with remote server management and control solutions. More recently, Raritan’s intelligent power management solutions that collect detailed outlet-level data is helping AOL in their energy-efficient efforts, as well as in improving capacity management in server racks.

“Our primary goals were to lower energy usage and find capacity, so that we could operate highly efficient and highly available data centers,” said Will Stevens, Senior IT Director at AOL. “Our decision was easy; there was no vendor out there that provides Raritan’s level of outlet-level metering. We wanted a solution that could be deployed in our existing data centers, as well as one that would work in new locations. The key features in Raritan’s solution that appealed to us were data collection capabilities, analytics and reporting, and the support of open interfaces.”

“Our decision was easy; there was no vendor out there that provide Raritan’s level of outlet-level metering.”
Will Stevens
Senior IT Director, AOL

In its Manassas Tech Center and Dulles Tech Center, AOL deployed Raritan’s intelligent rack power distribution units (iPDUs) capable of metering — in real time — power at both the PDU and outlet level. It also is deploying the units in AOL’s new data center.

With a separate processor for each outlet and secure connectivity built into the intelligent rack PDU, AOL is able to gather energy intelligence on each piece of equipment plugged into the PDU — information such as the power being drawn and real-time rack temperature and humidity. 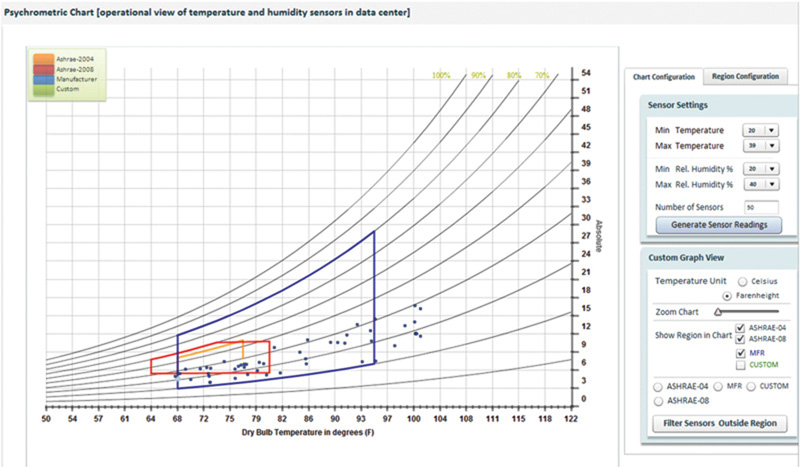 AOL deployed 24-port Raritan PX PDUs in its data centers. Servers, UPSs and other IT equipment were plugged into ports on the back of the intelligent PDU, which plugs into a power source. Each PDU has an LED power meter and serial and Ethernet ports. With a click or two on a web dashboard, AOL’s IT staff is able to obtain power information for each piece of equipment, as well as information from temperature and humidity sensors from anywhere in the world. Power information gathered includes data on voltage, current (amps), power factor, apparent power (kVA), active power (kW) and energy consumption in kilowatt hours (kWh).

Information from Raritan’s iPDUs, as well as from basic rack PDUs made by other vendors, is gathered by Raritan’s Power IQ® energy management software. The Power IQ Web-based dashboard brings it all together in one central console — providing management, charting and reporting, plus power control over systems. The solution enables AOL to monitor rack temperatures and then send alerts if temperatures exceed certain user-defined thresholds and industry guidelines set by ASHRAE (American Society of Heating, Refrigerating and Air-Conditioning Engineers.

“The key features in Raritan’s solution that appealed to us were data collection capabilities, analytics and reporting, and the support of open interfaces.”
Will Stevens
Senior IT Director, AOL

The thermal analytics feature is designed to help managers monitor rack temperatures and report whether the data center is within ASHRAE guidelines. The tool gathers rack temperatures then plots the readings on a chart to show whether an organization is in acceptable ranges. “You can determine where hot spots are in your data center and how much you can raise the ambient temperature without risking your IT infrastructure,” says Stevens.

Power IQ calculates how much energy could be saved by increasing temperatures a little more, but within ASHRAE recommendations. By raising temperatures, even slightly, data centers will require less cooling, and in turn, less energy. The thermal analytics feature also can send out email alerts if, for example, any rack goes above threshold conditions as well as provide long-term trend charts. AOL is also using Raritan’s energy solution to find valuable rack space using real-time power draw information of equipment instead of relying upon nameplate data. The actual draw in many cases is about 50 percent of the wattage or amperage listed on a device’s nameplate.

Additionally, AOL is taking advantage of Power IQ’s capability to centrally manage PDUs. Firmware and configuration management and PX health monitoring for all their PDU units can be done with Power IQ. Mass firmware upgrades for all PX devices, for example, can be performed through a single point of access.

Tracking and Reducing IT Carbon Footprint

“By graphing energy usage and trends and tracking our carbon footprint, Raritan’s solution is helping us identify areas where we can conserve,” says Stevens. “It helps us identify devices that are wasting energy, such as servers that are turned on but are doing little or no computational work or areas where there is overcooling. Not only does Raritan’s energy management solution help us reduce costs, it provides real-time monitoring as well.”

AOL is a leading-edge web services company that welcomes 112 million monthly visitors to its web properties. Celebrating 25 years of growth, AOL’s business spans the Internet with online and local content, innovative products and valuable services for consumers, publishers and advertisers. Recognized for its corporate sustainability, AOL is committed to conducting its business in ways that minimize its impact on the environment through a variety of initiatives that has led it to win Uptime Institute’s Green Enterprise IT Awards for energy efficiency improvements.

AOL’s IT team wanted to improve their data centers’ overall energy efficiency. To do so, they needed accurate measurement of the power their servers, routers and switches were consuming. They also wanted to measure energy consumption at each power outlet, so they could gather an accurate picture of their energy usage.

AOL’s IT staff is able to receive power information for each piece of equipment, as well as information from temperature and humidity sensors, anywhere in the world. The data is displayed on one central console – providing management, charting and reporting capabilities, plus power control over systems. By graphing energy usage and trends and tracking carbon footprint, AOL can identify areas where they can conserve, helping them identify devices that are wasting energy and areas where there is overcooling.